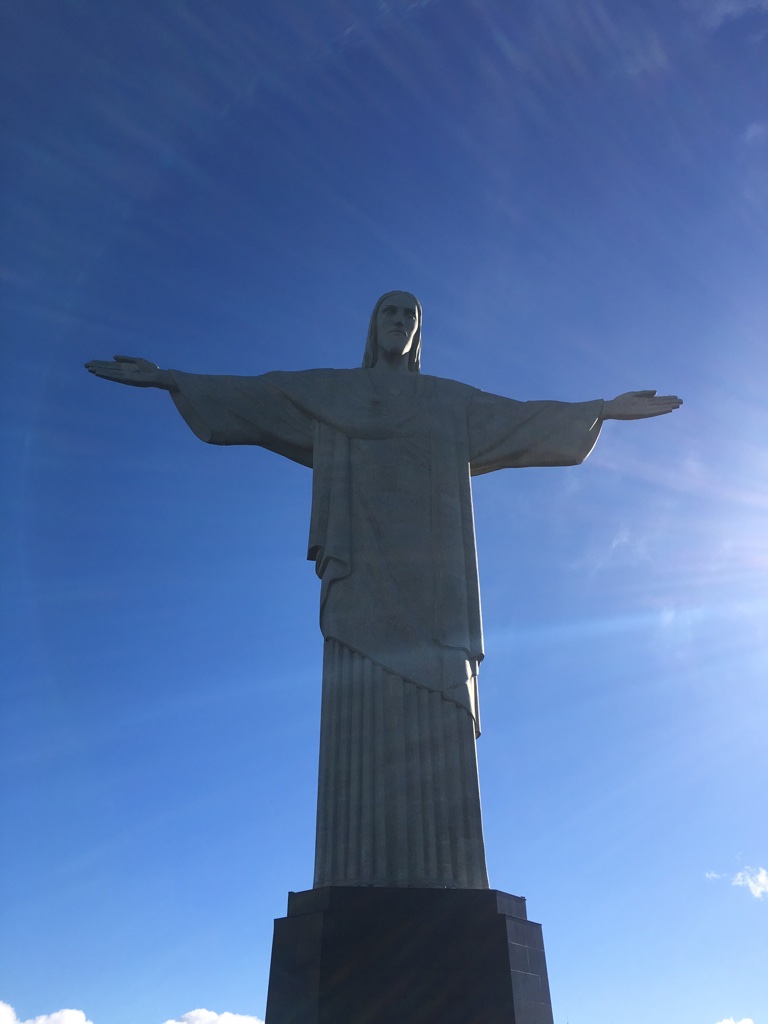 We visited Rio de Janeiro over the Corpus Christi holiday. Therefore, we arrived Wednesday night and left Sunday night. On Thursday we did an all day tour – Pão de Açúcar (Sugarloaf Mountain), Christ the Redeemer, the Selarón Steps, the Metropolitan Cathedral, and lunch at an all you can eat churrascaria (Brazilian steakhouse). As it was Corpus Christi, the Metropolitan Cathedral was filled from the sidewalk to the altar with people creating religious sand art. Christ the Redeemer is quintessential Rio, but the view from the top is so close to the statue, that people lay on the ground in order to get a good picture!

On Friday, we did a 3 hour free walking tour of the Centro district. We were the only ones who wanted an English tour, so it was a private tour! This was an awesome experience, and we learned a ton about the history of Brazil and Rio. We walked by the Teatro Municipal, old aqueducts, Selarón Steps, original cathedral, and other historic statues and buildings. If you want our recommendation – skip the city tour and just hit those main attractions on your own, but definitely do the free walking tour! After the tour, we went to the Teatro Municipal for their tour. They do offer one in English, but we did not want to wait. While we didn’t understand the history of the building (and wouldn’t have been able to hear if we had understood the Portuguese as the babies were very tired and we often had to walk away from the tour group to keep their crying from interrupting), we were awestruck by its stained glass, marble, wood floors, etc. Next, we walked to the commercial district. There were so many street vendors! This area was fun to walk around and had a great vibe. Friday evening we took the babies for their first swim. Norah seemed at ease in the water, wanting to lay on her tummy and kick her legs. Naomi enjoyed the water but wanted her legs pointing toward the bottom of the pool. 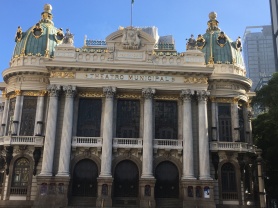 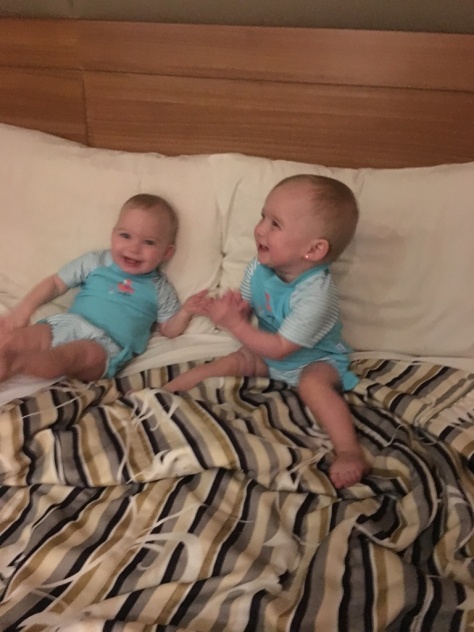 Naomi & Norah excited to go for a swim!

After our long days on Thursday and Friday, on Saturday we decided to allow the babies to take their first nap at the hotel before we walked along Ipanema and Copacabana beaches. It was fun people watching, as different parts of the beach draw different crowds. We held the babies in the ocean, but they were not thrilled with the cold water, waves, and sand. We went back to the hotel and took them in the pool again. Derek then met up for a jog with some runners who were in town for the Rio Marathon. That evening we walked to Galeto Sal’s, which was featured on Anthony Bourdain’s No Reservations. The restaurant seemed local and not touristy, the galeto (young chicken and a Rio staple) was delicious! 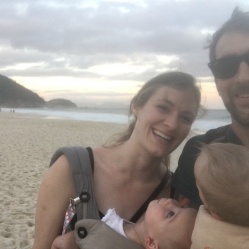 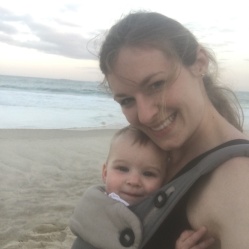 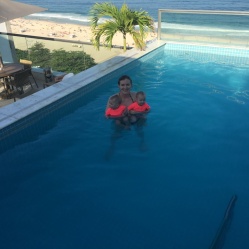 On our last day, we again let the babies take their first nap at the hotel, while Derek went out to cheer for his marathon running friends. We then visited the Museu da Chácara do Céu and Parque das Ruinas in the Santa Teresa neighborhood. The museu was in a cool old house with indoor/outdoor living and awesome views of the city. While in Santa Teresa, we tried some German feijoada (as the southern part of Brazil is very German). It was light and tasty – carrots, potatoes, white beans, German sausage – served over rice. Finally, we visited the Palacio de Cachete to see where presidents lived when Rio was the capital. Overall, we loved Rio. It had so much culture, so many things to do, and the babies enjoyed eating lots of rice and beans!