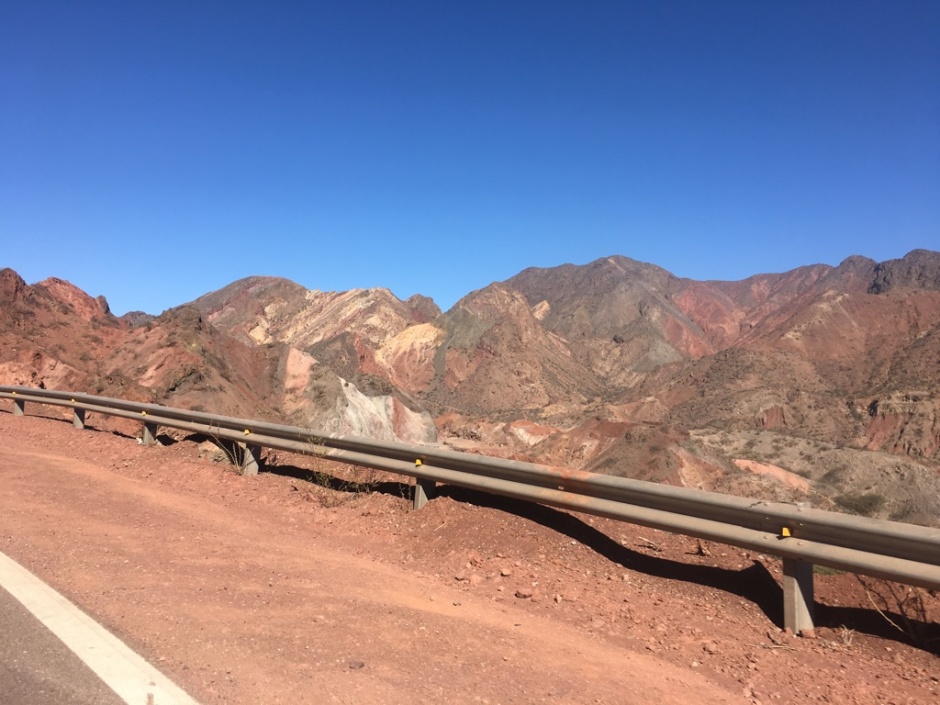 We flew to Salta after our adventure in Iguazu. The Puerto Iguazú airport was tiny and security opened 45 minutes before the flight. Derek and I both had rows to ourselves, so the babies were able to take their morning nap.

Our first day was a half day, so we took the teleferico to get a view of the city. We were surprised that Salta is much bigger than we imagined. Then, we walked to the center of town and visited the Museo de Arqueología de Alta Montaña. This museum houses the mummified bodies of three children who were Incan sacrifices and the artifacts that were buried with them, as well as the mummified remains of a mummy who was the victim of grave robbers.

On our second day, we rented a car and drove to Cafayete. The drive was beautiful, and the mountains look similar to the painted desert. We didn’t realize how long it would take to get to Cafayete, though, and we had planned to drive to Cachi before heading back to Salta. Since we would not have time to do this, we decided to visit two wineries – Bodega Piatteli and Bodega Vasija Secreta – for tours and tastings. This region has some of the lowest latitude and highest altitude of any wineries and is known for torrontés, merlot, and cabernet. Piatteli was a newer winery, and the tasting was fun because we were able to drink varietals from their Salta and Mendoza vineyards and compare them. 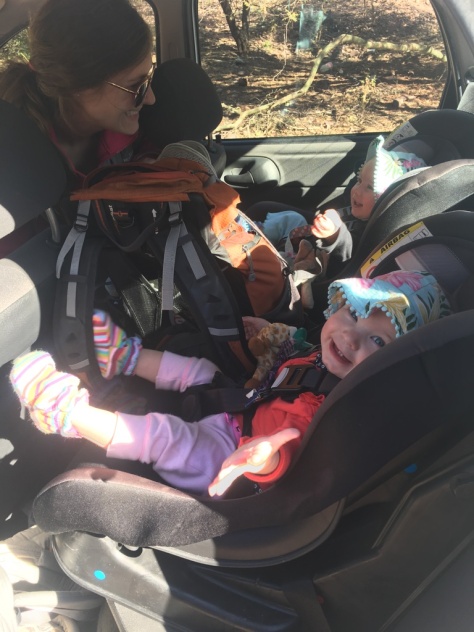 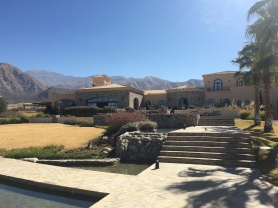 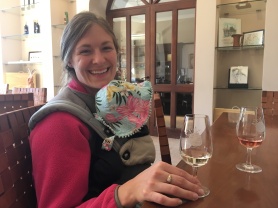 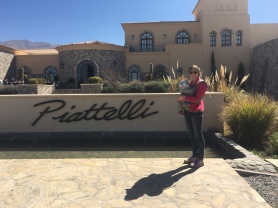 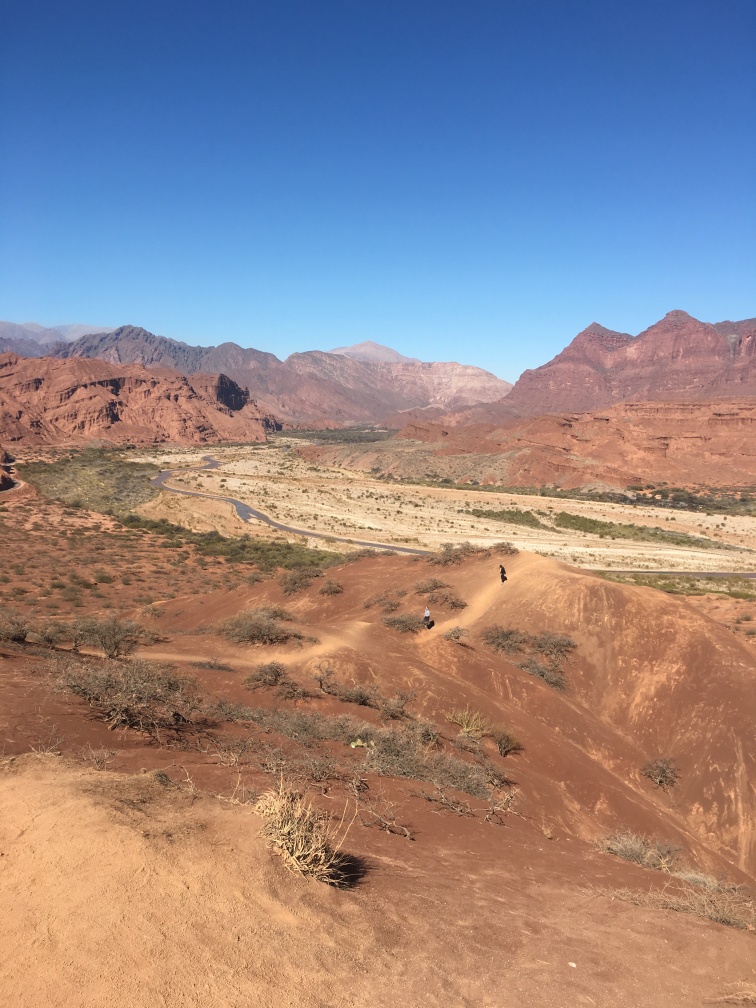 On our third day, we took a tour of Salinas Grandes, San Antonio de los Cobres, and Puramarca. It seemed like the tour description really over-exaggerated the highlights of this tour. First we stopped at Santa Rosa de Tastil for bathrooms, a small museum, and handicrafts. Then we visited San Antonio de los Cobres  for a long lunch. We then visited the salt flats, which were definitely the highlight of the trip. It was white everywhere with sparkling salt pools and mountains in the distance. Afterwards, we drove up winding mountains to an altitude of 4170 mt. We felt very bad because the girls got sick multiple times on the way up and down this mountain. Luckily babies are resilient, and they recovered quickly. We were really excited to see the Cerro de los Siete Colores, so we were pretty disappointed when the visit to this highly recommended location was just pointing it out of the bus window (and of course we were on the wrong side of the bus). We arrived at our final advertised stop – Puramarca – which was described as an interesting town due to its Bolivian feel and lots of handicrafts, but we weren’t super impressed. Overall, we thought this was a really long day for some scenery that was similar to our drive to Cafayete with winding roads and altitude that made the girls sick, and just a lot of stops to buy souvenirs. We even made an extra stop 15 minutes after we left Puramaraca at an extra souvenir superstore… 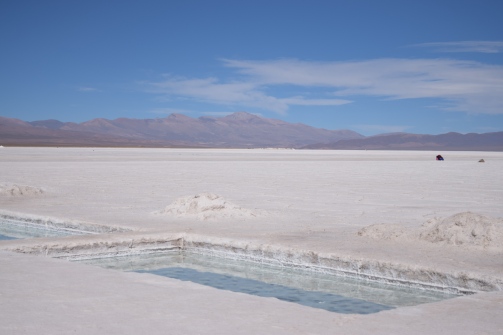 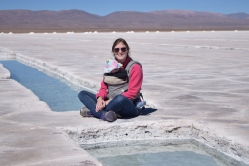 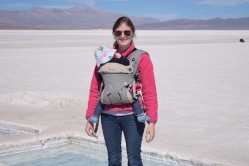 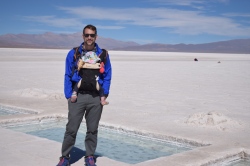 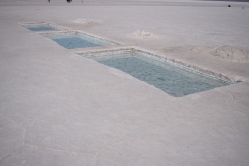 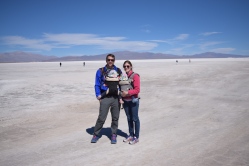 On our fourth and final day, we did a free walking tour of Salta. Beforehand we walked into the Cathedral Basilica de Salta. On the tour we walked around Plaza 9 de Julio, Centro Cultural América, and Cabildo (town hall). Then our tour took us over to Iglesia San Francisco and the Basilica Menor y Convento. The nuns at the convent are cloistered. We also walked to the monument to Güermes. There was some interesting information about the architecture in Salta, the history of some of the buildings, and the street numbering. However, it really seemed like there was not as much interesting information as on the Rio free walking tour we did. We spent some time relaxing in the garden at our hotel and then flew to Buenos Aires. My sinuses were ready to leave this dusty desert!